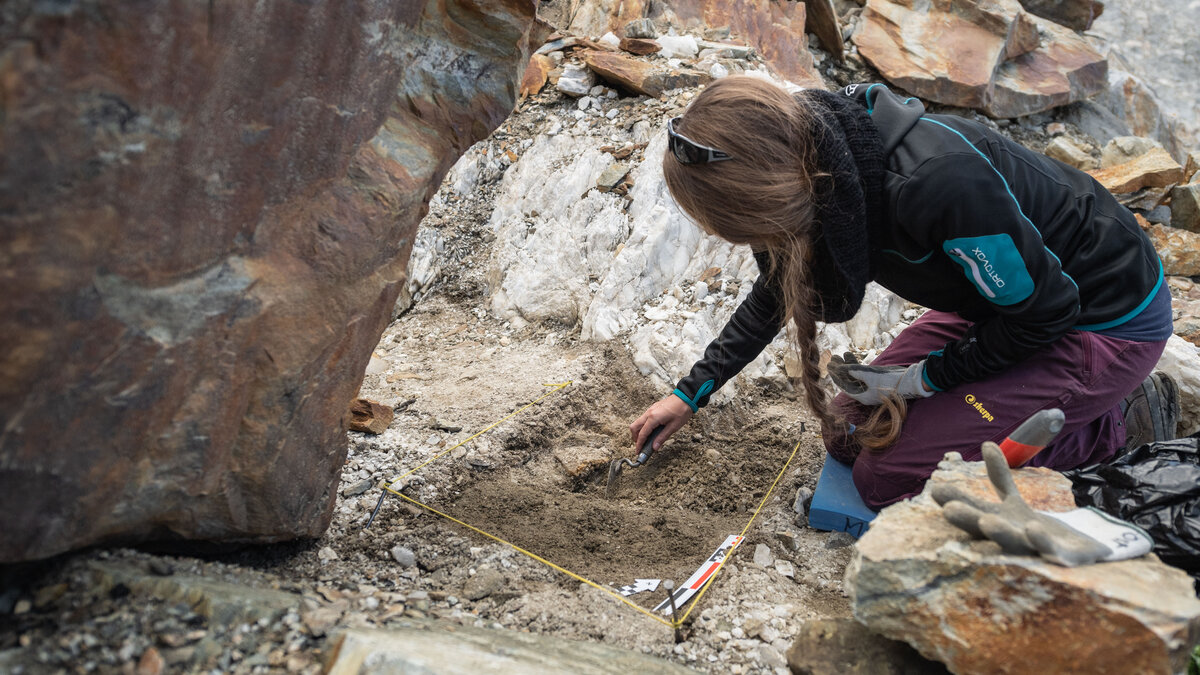 A scientific article sheds light on an archaeological research project based around a quarz vein near the Untere Stremlücke pass.

In 2013, the retreating Brunifirn glacier in the Alps of Uri exposed a quarz vein where crystal hunter extracted rock crystal during the Mesolithic period, around 10,000 years ago. Objects preserved by the ice, such as both rock crystal and antler tools and extraction waste date the site’s use to two phases in the Early and Late Mesolithic. Currently, the site is subject of a scientific research and public archaeology project.

A newly published paper sheds light on this research concerning the site near the Untere Stremlücke (Fuorcla da Strem Sut in Rumantsch) on the cantonal border between Uri and Graubünden. The article in the journal "Norwegian Archaeological Review" summarises the current state of archaeological knowledge and introduces the “Bergeis project”. The project is a cooperation between the Institut «Kulturen der Alpen», the «Abteilung Denkmalpflege und Archäologie, Canton Uri» and Kantonales Amt für Archäologie Wallis. The «Archäologischen Dienst Graubünden” is a further partner. Within the framework of this project, which lasts until the end of 2022, further sites and finds assemblages from the Swiss Alps will also be investigated.

Linking prehistory with the present

People visited the quartz vein near the Untere Stremlücke at around 2800 m asl during the Early and Late Mesolithic to gather quartz crystals, using them to make tools. The Brunnifirn glacier preserved the site for thousands of years - it was probably ice-covered from around 5900 BC until 2013. It was the first extraction site discovered in the region. Until then only Mesolithic sites where quartz/rock crystal was worked into tools, had been known.