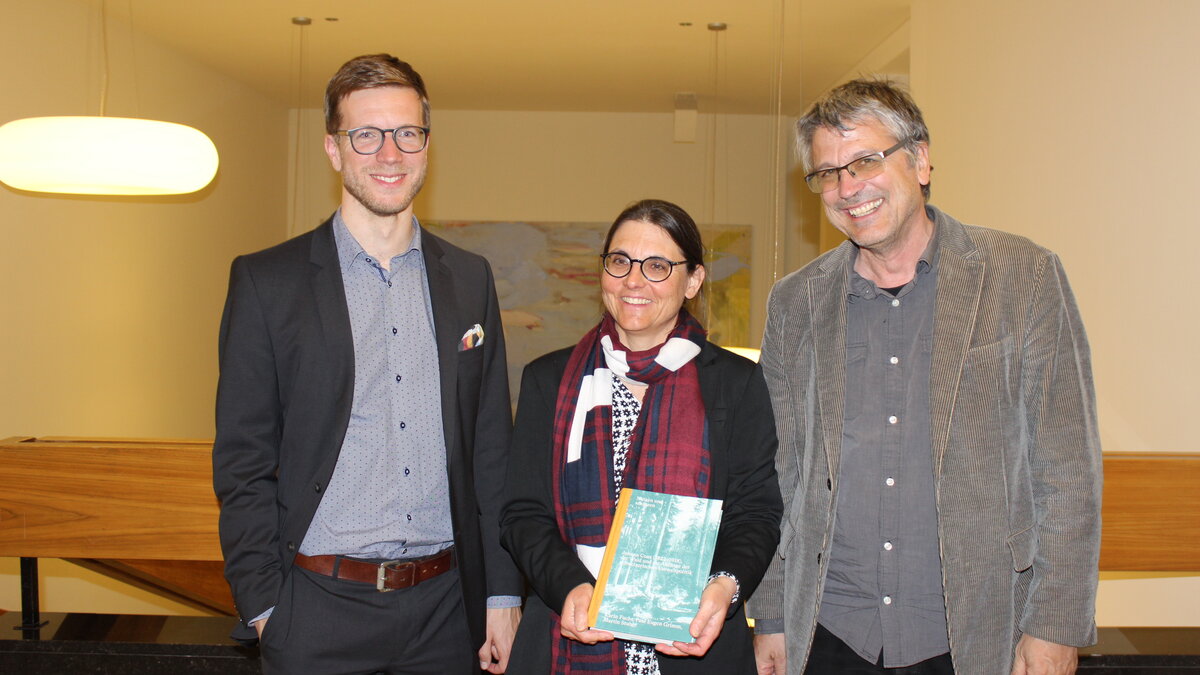 Johann Coaz (1822-1918) has left his mark on forestry to this day. The Institute "Cultures of the Alps" now presented a book that sheds light on the life and work of the forestry engineer.

He was the first federal forest inspector of the young federal state, but he still shapes sustainable forest management in Switzerland today. Johann Coaz could celebrate his 200th birthday this year. To mark the occasion, a book has now been published that sheds light on the life and work of the man from Graubünden. "Benefit and protect. Johann Coaz (1822-1918), the forest and the beginnings of Swiss environmental policy" by Karin Fuchs, Paul Eugen Grimm and Martin Stuber is the result of a research project by the Institute for Cultural Research Graubünden.

On Monday, the Uri Institute "Cultures of the Alps" at the University of Lucerne invited to the book presentation in the Uristiersaal in Altdorf. "The topic of sustainable use of wood as a resource is more topical than ever," said Institute Director Boris Previšić in his welcome address, referring to the current high prices for wood. Also present were Dr Cordula Seger, Managing Director of the Institute for Cultural Research Graubünden, an author and one of the two authors: Dr Karin Fuchs from the Institute for Cultural Research Graubünden and Dr Martin Stuber from the Institute of History at the University of Bern. Dr. Romed Aschwanden, Managing Director of the Institute "Cultures of the Alps", led the programme.

In her input presentation, Karin Fuchs shed light on the biography of Johann Coaz and the environment in which he had moved: After training as a forestry engineer, the Graubünden native initially worked as a mountain topographer and helped map his canton for the Dufour Map. He then worked for more than two decades for the forestry office of the canton of Graubünden and briefly for that of the canton of St. Gallen before the Federal Council elected him as the first federal forestry inspector in 1875. He held this office for almost forty years until he retired at the age of 92. In his functions as forest inspector, Coaz completely reorganised forestry and created legal regulations for forest management - according to the principle: only cut as much wood as will grow back.

Sustainable management was urgently needed: the rapidly growing cities and industrialisation in the 19th century craved more and more wood. For cantons, municipalities and corporate bodies, forests were important sources of income. As a result, many forests were heavily overused and where young branches would have grown back, the mountain population let goats graze. The mountain slopes, which were hardly forested any more, were considered the main cause of the numerous floods in the mid-19th century, which is why the federal government took over the supervision of the mountain forests in 1874. In order to secure the forest stock in the long term, the first federal forest law was enacted in 1876. "The goal was sustainability, with which returns could also be achieved in the forest in the long term," historian Martin Stuber explained in his presentation.

Large network thanks to constant travelling

With the new legislation, the Confederation not only set strict rules for forest management, but also supported shoring and reforestation projects. Johann Coaz had to supervise the projects financed with federal money and was called in as an expert in many places. In the 1870s, for example, the government of Uri turned to him because of the poor condition of the Altdorf Bannwald forest. In the Ursern valley, he again promoted the reforestation of the Gurschen and Sankt Anna forests and the construction of avalanche barriers.

"Johann Coaz could hardly do his work from his desk in Bern," said Karin Fuchs. As a mediator between the federal state and local authorities, the federal forest inspector travelled all over the country - the expansion of the railways at that time made this increasingly possible. On the spot, he familiarised himself with local conditions, cultivated contacts with decision-makers and forestry personnel. At the same time, he organised forestry courses throughout the country and even took exams himself in many places. In this way, he built up a huge network over the decades, which he could always fall back on.

Diaries provide a deep insight into an era

In the panel discussion that followed and in the discussion with the expert audience, it also became clear that Johann Coaz was not just preaching to the choir with his ideas on forest management. He met with opposition above all when he wanted to dictate from above - for example when he wanted to restrict the use of forest pasture in the canton of Graubünden. As a cantonal and later federal forest inspector, Coaz was always dependent on his ideas being supported by the local authorities and forestry personnel. This made direct contact with local decision-makers and the courses he organised for forestry personnel all the more important to him. In the end, they had to enforce the legal requirements of the federal government.

Johann Coaz is not only an exciting figure in history, but also lived in a dynamic time - a phase of upheaval. He experienced the founding and early days of the federal state, industrialisation and the expansion of the railways and telegraph networks at first hand. "The sources on Johann Coaz are also extraordinarily good," said Cordula Seger, head of the Institute for Cultural Research Graubünden. Coaz wrote diaries from the age of 17 for almost eighty years. His diaries, letters and publications provide a unique view of an entire era - and allow for further research projects.

"Use and protect. Johann Coaz (1822-1918), the forest and the beginnings of Swiss environmental policy" by Karin Fuchs, Paul Eugen Grimm and Martin Stuber was published by the Institute for Cultural Promotion Graubünden. More information is available at https://kulturforschung.ch/publikationen/publikationen-ikg/nutzen-und-schuetzen