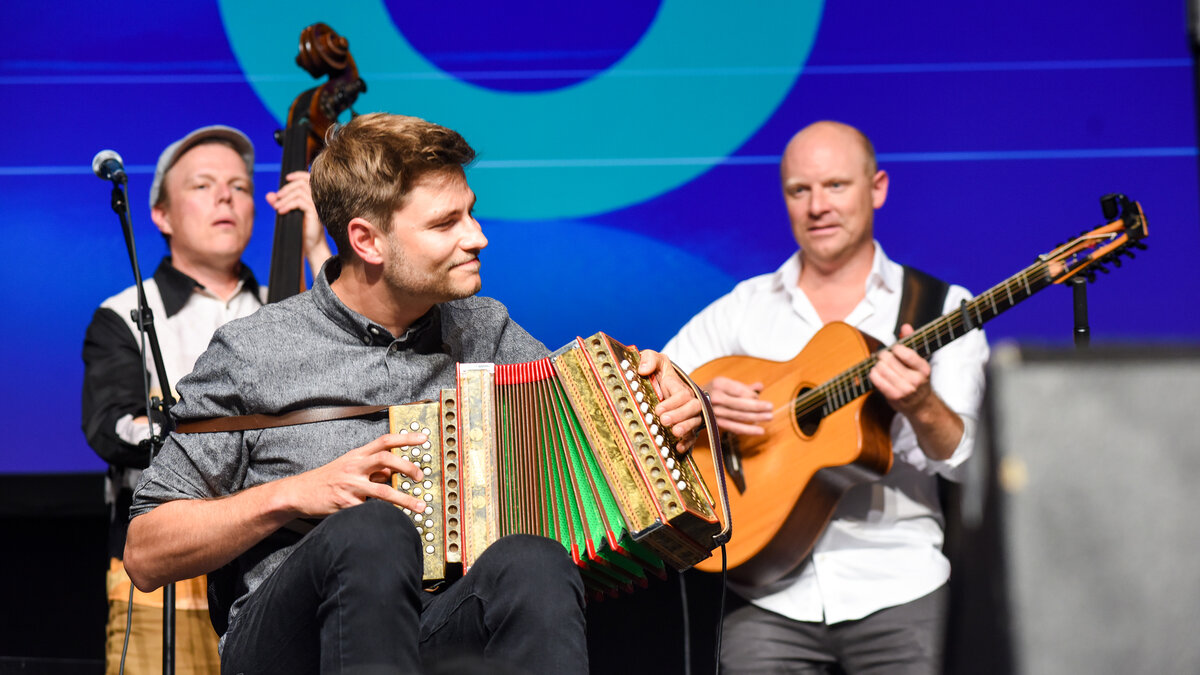 Cultural events, such as the Alpentöne festival in Altdorf, stimulate the regional economyt (Photo Alpentöne, 2019).

On behalf of the San Gottardo programme, a project team has investigated the cultural and creative activities in the Gotthard region in terms of their benefits for regional development.

The Gotthard region is a diverse cultural landscape: living traditions, creative people with their own projects and offers such as theatre, concerts, cinemas or festivals enliven the mountain valleys of the cantons of Uri, Valais, Grisons and Ticino. The many offerings contribute to attractive living spaces. At the same time, culture, art and creative work generate regional economic effects: They create jobs, and a whole range of industries, such as the catering trade or craft businesses, also benefit from the various activities.

On behalf of the San Gottardo programme (see box), a project team with the participation of the Uri Institute "Cultures of the Alps" has now examined the cultural offerings in the canton of Uri, in the Surselva, in the Goms and in the Bellinzonese e Valli region of Ticino. The team determined which creative-economy actors and projects in the Gotthard region hold the potential for regional economic benefit and drafted corresponding recommendations for action. The project team consisted of the historian Romed Aschwanden (Institute "Cultures of the Alps"), the organisational consultant Annette Schönholzer (.connect the dots GmbH) and the cultural manager Francesco Walter (Musikdorf Ernen).

Mediating between the sectors

In a 90-page outline, the project team shows that infrastructure and tourism projects are not enough to maintain the mountain region as an attractive place to live and do business. "In addition to the proven economic effects, creative industries also have a non-economic effect," explains co-author Romed Aschwanden. After all, creative work brings a lot of expertise to the region and contributes significantly to a positive self-image and image of the region to others.

The cooperation of the creative industries with other economic sectors could prove to be particularly sustainable for the development of the region: "Creative professionals often think out of the box and can provide important impulses," says Aschwanden. "This is particularly important for mountain regions, as new approaches to solutions are often needed for current challenges." Accordingly, the study locates the greatest development potential for the Gotthard region at the interfaces with other sectors such as the hotel industry, communications, agriculture, crafts and trade.

The group of authors therefore recommends that those responsible for the San Gottardo programme set up a Creative Hub network in the four Gotthard cantons. The various hubs should actively bring creative professionals together in one place, where they can get information, exchange ideas and also receive advice. In addition, the hubs are to promote supra-regional exchange and ultimately build bridges at the national level to other actors, funding agencies and educational and research institutions.

According to the team of authors, the Creative Hub network guarantees local roots that take up existing needs and offer a hand in solving problems. In addition, the network facilitates the exchange of information and expertise across cantonal borders and promotes the development of sales markets at national level.

Recommendations will be followed up

"We will take up the considerations and recommendations from the project study and follow them up," says Christian Raab, Chairman of the San Gottardo Programme Steering Committee and Secretary General of the Department of Economic Affairs of Uri. "We see the opportunity that the creation of new and networked services in the cultural and creative industries can also lead to an economic dynamisation of the Gotthard region. The team of authors has shown a promising perspective with its differentiated work."

The San Gottardo Programme (PSG) is a joint project of the cantons of Uri, Ticino, Valais and Grisons and serves as a political instrument for the regional development of the Gotthard region. With the San Gottardo 2020-2023 implementation programme within the framework of the New Regional Policy (NRP), the four cantons have submitted a joint four-year programme to the State Secretariat for Economic Affairs SECO that transcends cantonal borders. With this joint strategy, the four cantons underline their will to jointly develop the area around the Gotthard into a cohesive living and economic space.

The overarching character makes this implementation programme a model case within the framework of the Confederation's New Regional Policy (NRP). The focus is on an economic development concept that aims to exploit the region's own potential, is innovation and value-added oriented, promotes sustainability and seeks cross-border cooperation. PSG's core competencies are initiating, coordinating and facilitating. PSG does not implement projects itself, but rather supports projects.