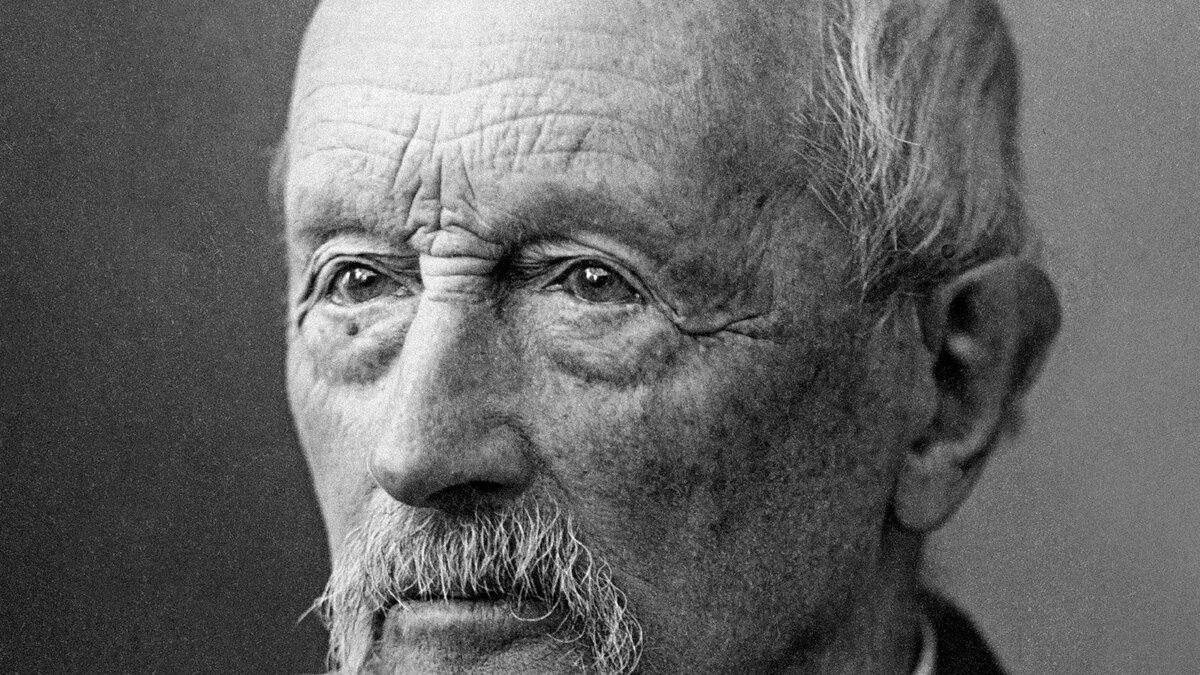 Johann Coaz continues to influence forestry to this day. The Institute "Cultures of the Alps" will present a book highlighting his work on Monday, 21 March 2022.

Johann Coaz was a pioneer in many respects: as an alpinist and surveyor, he climbed the highest mountains in Graubünden, making no fewer than 21 first ascents. As secretary to General Henri Dufour during the Sonderbund War, he was at the forefront of the creation of the Swiss federal state. In addition, his work shaped forestry and the landscape of the 19th century - and continues to do so today.

Busy in his professional life until the age of 92

Born in Antwerp in 1822 as the son of a Grisons military officer in Dutch service, he trained as a forest engineer at the Royal Saxon Forestry Academy in what is now Germany. Back in Switzerland, he first worked as a mountain topographer for the Federal Topographical Bureau. He then worked for more than two decades for the forestry office of the canton of Graubünden and for a short time for that of the canton of St. Gallen, before the Federal Council elected him the first federal forestry inspector in 1875. He held this office for almost forty years until he finally retired at the age of 92. In his functions as forest inspector, Johann Coaz completely reorganised forestry and created legal regulations for sustainable forestry - according to the principle: only cut as much wood as will grow back.

Johann Coaz was a never-resting jack-of-all-trades: he also planned the first avalanche barriers in Switzerland, dealt with meteorology, established herbaria and experimented with exotic trees. His work also laid the foundation for today's Swiss Federal Institute for Forest, Snow and Landscape Research. He was also one of the promoters of the Swiss National Park. Until his old age, Coaz was committed to the environmental policy that had come to the fore in the 19th century. Through his professional activities, Johann Coaz was often on the road and cultivated his networks with the authorities or the leading scientists of his time.

A new publication now sheds light on the life and work of Johann Coaz. "Benefit and Protect. Johann Coaz (1822-1918), the forest and the beginnings of Swiss environmental policy" by Karin Fuchs, Paul Eugen Grimm and Martin Stuber is the result of a research project by the Institute for Cultural Promotion Graubünden. Diaries, letters and publications of the go-getting chief civil servant provided an intimate look at the dynamic early years of the Swiss federal state.

Mountain communities benefited for the time being from overexploitation

It is no coincidence that this book is now being presented in the canton of Uri, of all places. The forests of the mountain cantons of Uri, Ticino, Valais and Grisons have always been a special focus of Johann Coaz's attention. At the same time, the forestry engineer worked as an expert in many places, including the ban forests of Altdorf and in the Ursern valley.

With his ideas for sustainable forestry, Johann Coaz was not only met with approval in his time - even though the forests were overused and depleted in many places. The rapidly growing cities and industrialisation required more and more wood, and for many cantons and municipalities the forest was an important source of income. Where there is a demand, there is a supply - so the forests were cut down in many places without ever being reforested. And where young branches would have grown back, the mountain people let their goats graze. It was not until the first forest police law, sanctions against violators and the numerous flood disasters in the 19th century that a slow rethinking of more sustainable forms of use in the protection and mountain forests finally took place.

The presentation of the book "Use and protect. Johann Coaz (1822-1918), the forest and the beginnings of Swiss environmental policy" by Karin Fuchs, Paul Eugen Grimm and Martin Stuber will take place on Monday, 21 March 2022, at 6 pm in the Uristiersaal in Altdorf. The event is open to the public and admission is free. Registration is requested (Mail: veranstaltungen@kulturen-der-alpen.ch). More information is available at www.kulturen-der-alpen.ch).