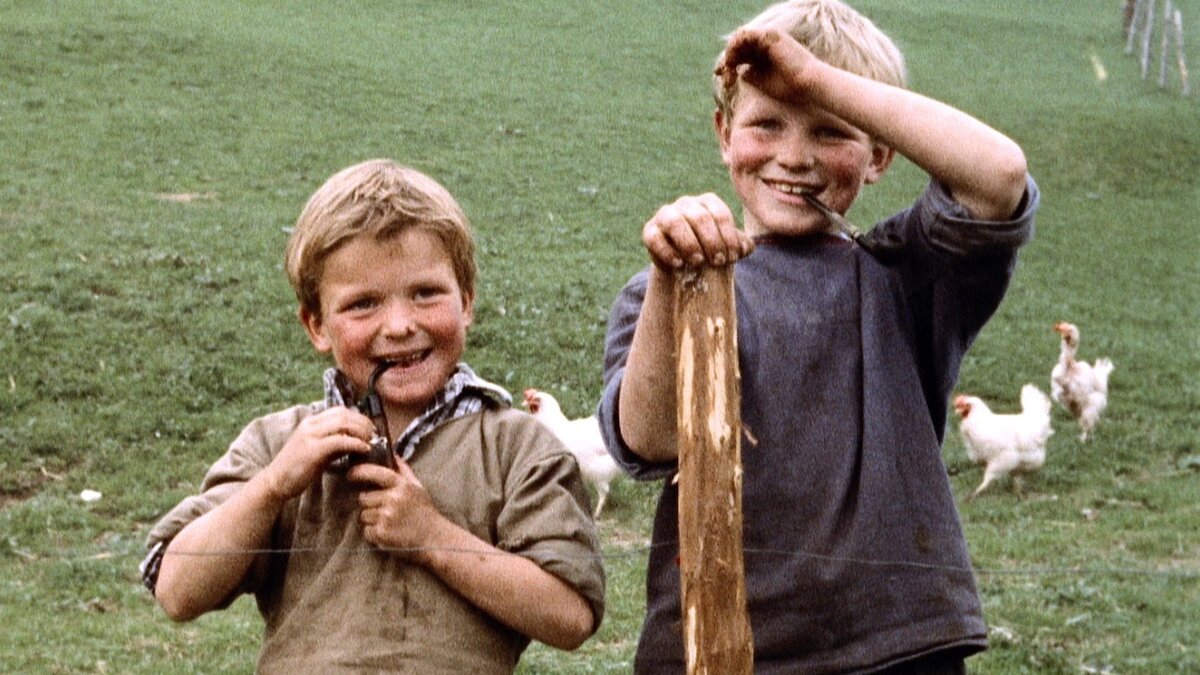 Fredi M. Murer and Kurt Gloor filmed life in the mountains of Uri about fifty years ago. Now the Institute is bringing the two films back to the cinema.

The filmmaker Fredi M. Murer, who grew up in Altdorf, made the documentary film "Wir Bergler in den Bergen sind eigentlich nicht schuld, dass wir da sind" in 1973 and 1974. It was about the life of the mountain people of Uri at that time in the Göscheneralp, in the Schächen valley and in the Maderan valley. The director portrayed individual people and families by accompanying them in their everyday lives and giving them the floor to talk about work and progress.

The documentary has long been a classic. Almost fifty years have passed since it was made. It gives today's audience a unique insight into a time long gone - into the everyday life and ways of thinking of the mountain people of Uri at the beginning of the 1970s. This is one of the reasons why students from the University of Lucerne and the Institute "Cultures of the Alps" have been studying the documentary in recent months as part of a course.

In cooperation with the Cinema Leuzinger in Altdorf, the Institute "Cultures of the Alps" is now bringing the film back to the cinema - on Wednesday, 2 November 2022, at 6.15 pm. Filmmaker Fredi M. Murer will attend the screening as part of the "Studiofilm". Afterwards, Murer will answer questions from the audience and talk about the filming in the mountains of Uri. Sebastian de Pretto from the Institute "Cultures of the Alps" will lead the discussion.

A few years before Fredi M. Murer, the Zurich filmmaker Kurt Gloor also staged life in the mountains of Uri. With his short film "Die Landschaftsgärtner" (The Landscape Gardeners), released in 1969, he took a critical look at the supposedly idyllic life of the alpine farmers. Kurt Gloor portrayed the mountains of Uri as a development area. This is why Gloor's film, which was definitely meant to be polemical, caused great indignation among the audience.

The sociological thesis film, which is only 34 minutes long, later influenced Fredi M. Murer's work on his "Bergler" film. Murer was bothered by the fact that Kurt Gloor had made a film about the mountain population without ever allowing a protagonist to speak. The speaking in the film "Die Landschaftsgärtner" had been done by a distanced commentary voice from off-screen.

The Institute "Cultures of the Alps" is now bringing the short film out of hiding: in collaboration with the Cinema Leuzinger, this flick will flicker across the cinema screen again on Wednesday, 16 November 2022, at 8.15 pm in Altdorf. More than fifty years after it was made, the film still provokes thought and discussion. The studio film screening will therefore be followed by a panel discussion. Kurt Schuler, president of the Uri Corporation, and Frieda Steffen, former cantonal councillor from Andermatt, will discuss the film with the renowned Alpine researcher Jon Mathieu, titular professor emeritus of history at the University of Lucerne. Romed Aschwanden, Managing Director of the Institute "Cultures of the Alps", will chair the panel. Exciting discussions are guaranteed.

The film "Wir Bergler in den Bergen..." will be shown on Wednesday, 2 November 2022, at 6.15 pm at the Cinema Leuzinger in Altdorf in the presence of filmmaker Fredi M. Murer. On Wednesday, 16 November 2022, at 8.15 p.m., the Cinema will show the film "Die Landschaftsgärtner" followed by a panel discussion. More information is available at www.kulturen-der-alpen.