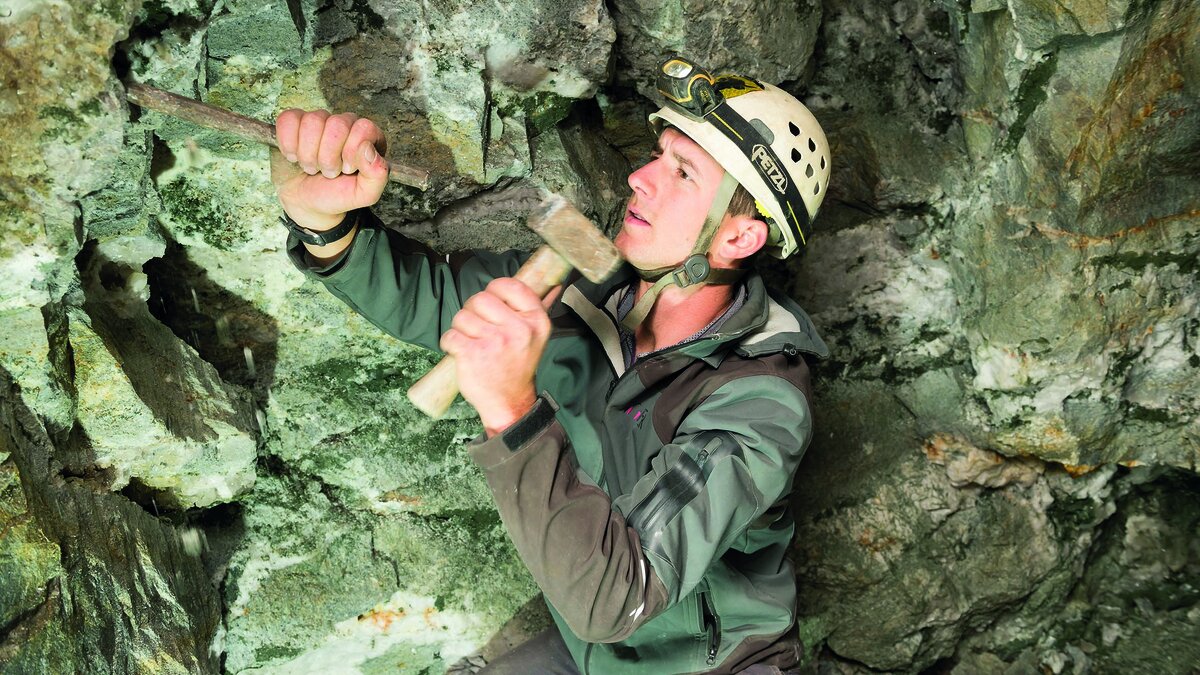 The radiation system of the canton of Uri from a geological, cultural science and legal perspective: The Institute is organising a public event on this subject on 10 October 2022 with an excursion into a huge crystal cave.

The territory of the canton of Uri is home to numerous geological treasures: Crystals and mineral resources. No wonder that their extraction has captivated people since time immemorial. Even today, the activity of blasting is still widespread in the canton of Uri. For many, blasting is a hobby, a few pursue the craft professionally. The best known among them are currently Franz von Arx and Elio Müller. In 2008, they recovered the giant crystals on the Planggenstock in the Göscheneralp.

The Uri Institute "Cultures of the Alps" at the University of Lucerne is always concerned with the rays. On Monday, 10 October 2022, the institute is now holding a public event on the topic in Altdorf. It is entitled "Crystals, Radiants and Mountain Regal". The event will shed light on the history and culture of radiation in the canton of Uri from three perspectives - geological, cultural studies and legal.

Lawyer and geologist give lectures

The public event will take place on Monday, 10 October 2021, at 6 pm in the Uristier hall at Dätwylerstrasse 27 in Altdorf. The event will last until about 8 pm. Dr. Romed Aschwanden (Director of the Institute "Cultures of the Alps") will be the moderator for the evening. Prof. Dr. Roland Norer (member of the "Cultures of the Alps" Institute management) will welcome the participants to the evening event. Three presentations are then planned:

Dr. Peter Spillmann from the Natural Research Society of Uri will examine the topic from a geological point of view. He will look back over some 3.4 billion years of the Earth's history and contrast this with the comparatively recent geological phenomenon of the Alpine fissures and their minerals.

Peter Amacher (GEO URI GmbH, Amsteg) approaches crystals from a historical or cultural science perspective in his presentation. He talks about the development of irradiation - from the Stone Age to the present day. He explains the purpose for which people have searched for crystals in the various epochs of history.

Finally, Georg Simmen, a lawyer from Realp in Uri, will have his say. He will give the participants an understanding of radiation from a legal point of view. Among other things, his presentation will deal with who owns the minerals. According to the cantonal law on mining and the use of the subsoil, the minerals from inside the mountains belong to the canton of Uri. In addition, Simmen will shed light on the role of the corporations of Uri and Ursern in his lecture. In addition, he will discuss the code of honour of the Strahlner on the territory of Uri.

Excursion to a huge crystal cave

To get in the mood for the topic, there will also be an opportunity to visit the Pfaffensprung crystal cave below Wassen under the expert guidance of Peter Amacher. It is one of the largest crystal caves in Switzerland. As early as the Middle Ages, people worked in the gigantic crevice and over the centuries brought numerous rock crystals to light. As it is cool and damp in the cave, sturdy shoes and old clothes are recommended. Participants should also bring a torch. The excursion is limited to 20 people. Therefore, registration by mail is mandatory until 3 October 2022 (veranstaltungen@kulturen-der-alpen.ch).

More information on the event is available online at www.kulturen-der-alpen.ch.