Tourism in the Alps: Paradise once, please! 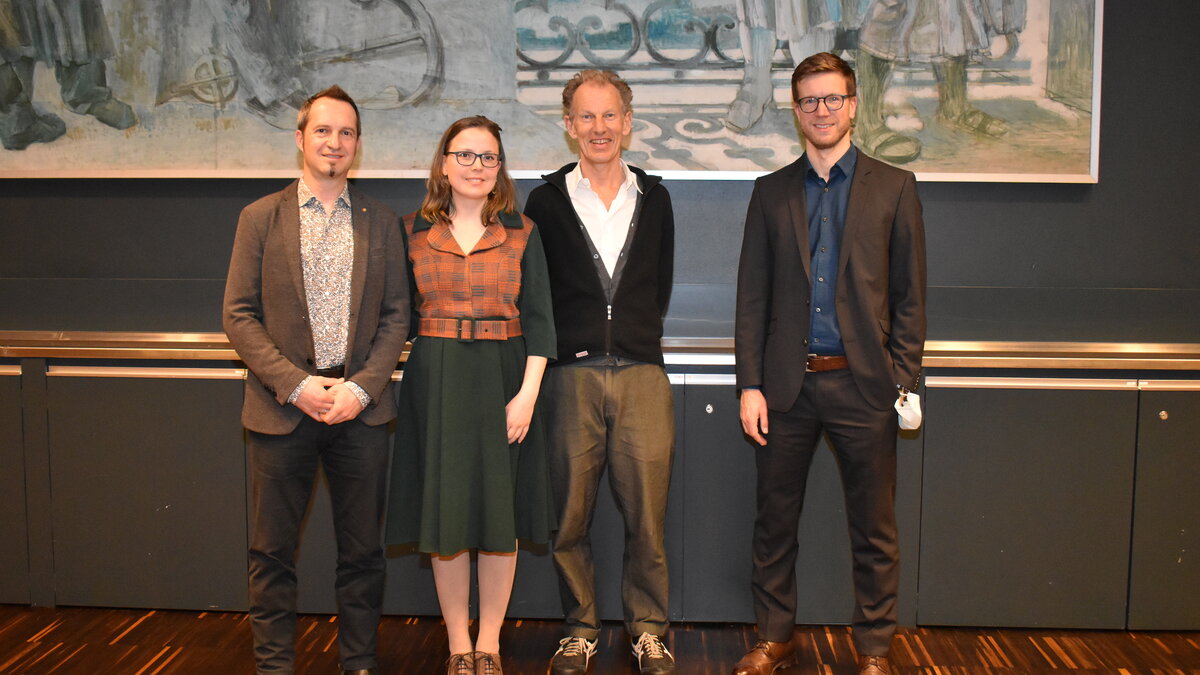 How much tourism can the Alps take? Selma Mahlknecht presented her book "Berg and Breakfast" at a panel event in Altdorf. She is looking for answers in her work.

"The most beautiful weeks of the year" should remain unforgettable: a beautiful place, a wonderful hotel, enjoyable but not too unfamiliar food and distance from everything else you have to do at home. The Alps with their imposing mountains and nature are such a place of longing, where tourists can temporarily escape to a supposed piece of paradise. But the idyll has darker sides.

On Thursday, 10 February 2022, the Uri Institute "Cultures of the Alps" approached the topic of Alpine tourism with the presentation of the book "Berg and Breakfast" by Selma Mahlknecht followed by a panel discussion. "Our institute conducts research on cultural-historical, spatial-theoretical and aesthetic questions relating to the Alpine region," said Romed Aschwanden, the institute's managing director, in his welcoming address. "Tourism touches on each of the three research dimensions. Tourism is therefore one of the most controversially discussed topics of our time."

With that, Aschwanden opened the space for the panel discussion and its protagonists. Selma Mahlknecht is a writer and theatre woman. The South Tyrolean, who lives in the Lower Engadine, read excerpts from her book "Berg and Breakfast". Dr. Valentin Groebner, professor of history at the University of Lucerne with a research focus on the history of tourism, and Dr. Kurt Gritsch, lecturer at the University of Lucerne, who is currently researching tourism-related labour migration in the Alpine region from the 19th century to the end of the First World War, also took part in the subsequent discussion.

In the first part, the talk was dominated by the darker side of tourism. "Tourism is an industry that claims to be exactly the opposite of an industry," Valentin Groebner launched the discussion. An industry worth billions that knows how to create the perfect holiday illusion. But it is also based on a paradox: the narrative of beauty combined with the narrative of the disappearance of beauty. According to the motto: Go there while it's still beautiful.

The idyll has dark sides

In her reading, Selma Mahlknecht gradually dismantled the illusion of the paradisiacal image of the rustic chalet in Alpine chic with cosy fireplaces and breathtaking panoramic views in front of the listeners' inner eye. Because the reality is different. Land is sold to foreign investors who create limited living space with hotels and chalets that are only occupied a few months a year. Thus, year-round housing is hardly affordable any more. Life in such areas is geared solely to tourism and no longer to "normal" coexistence. Neither the local bakery nor the butcher's shop would benefit from the all-inclusive package of hotels for their tourists.

She also touched on nature conservation. In return for the intensively used areas, other stretches of land were left in their natural state and supposedly created places of protection and retreat for nature. This is contradicted by the fact that the protection of nature is not in the interest of profit-oriented investors and that tourists actually want to experience nature. Thus, the concept of the deserted nature conservation zone is gradually being undermined, Mahlknecht said.

"More tourism means more migration," Kurt Gritsch added. The tourism industry creates jobs, which encourages labour migration. Locals, in turn, would migrate because they would not find jobs and housing. "Can we thus afford tourism that benefits only a few?" he asked.

How can sustainability be defined?

In the second part, the discussion was open to all present. The plenary agreed that the Covid 19 pandemic in particular offers an opportunity to think differently about tourism. Liberated from the maxim "everything must always become more, because everything has always become more", as Valentin Groebner stated. Or as Selma Mahlknecht underlined with a book passage: "The world could be so beautiful if it weren't blighted by tourists everywhere."

The search for new possibilities in tourism remained a difficult one that evening. Especially since there is no universally valid definition for sustainability in tourism. Various issues were discussed in the plenary. Would offers to make the region palatable to locals as a holiday destination help - along the lines of "holidays at home"? Would quality tourism instead of mass tourism be a possibility for sustainable tourism, as Selma Mahlknecht considers in her book? Instead of cheap flights to the Maldives, only quality offers and quality tourists? Which in turn would mean that only those with money would be able to afford holidays. The imbalance, however, would remain: Those who visit try to realise the illusions of the visitors created by the tourism industry at any price.

In the end, it's all a question of moderation

There was also the question of how Uri should deal with sustainability in tourism. It was discussed whether there was a danger that the attractiveness of sustainability might not paradoxically attract the tourist masses and endanger nature. Romed Aschwanden brought it to the point in conclusion: "The core question remains that of the right measure of all those involved. They decide to what extent tourism is allowed to influence social, ecological and economic spheres.