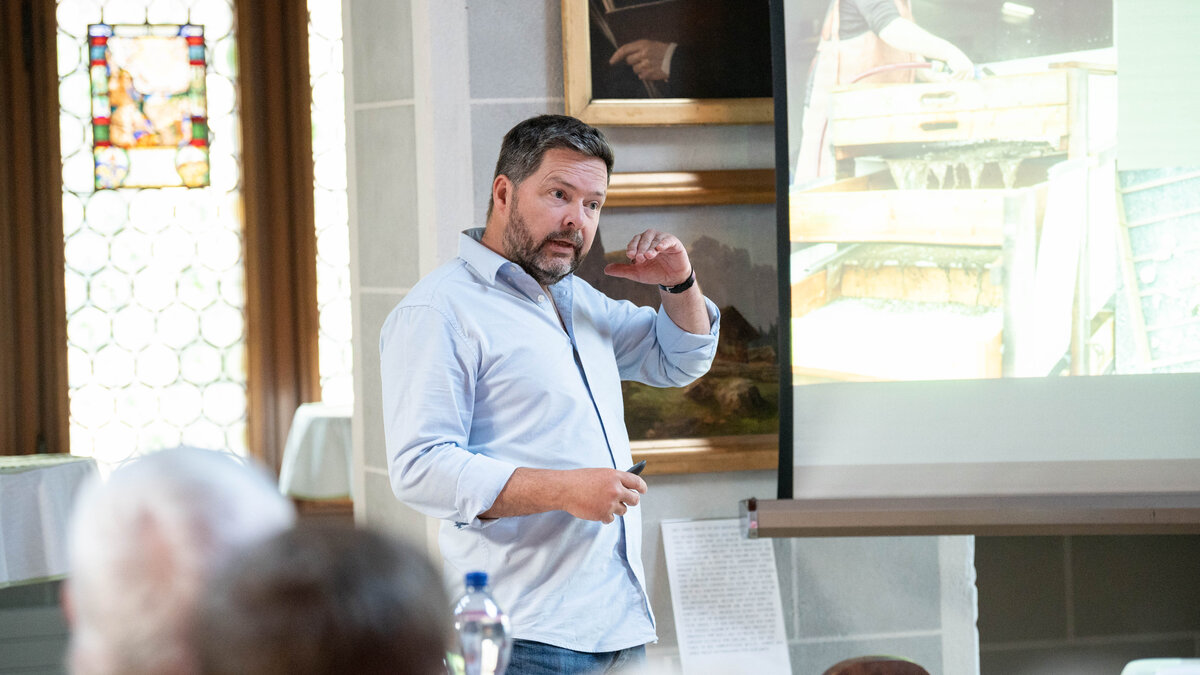 eople were already looking for crystals around 10,000 years ago. Archaeologist Marcel Cornelissen presented findings from the "Bergeis" research project on Monday evening.

Finds from the Maderanertal valley in Uri prove that people had already been looking for crystals around 10,000 years ago - i.e. shortly after the last ice age and long before people even practised agriculture or built pile dwellings in the area that is now Switzerland. The artefacts discovered in 2013 in a crystal fissure near the Untere Stremlücke at 2800 metres above sea level, at the transition from the Maderanertal to the Surselva, are thus the oldest traces of human existence in the canton of Uri.

For some years now, the site at Untere Stremlücke has been studied as part of the project "Bergeis. Rays and rock crystal in the Stone Age" project. The Uri Institute "Cultures of the Alps" at the University of Lucerne and the Department of Monument Preservation and Archaeology of the Canton of Uri are in charge of this project. On Monday evening, 19 September 2022, project leader and glacier archaeologist Marcel Cornelissen gave an insight into his work and presented the findings of his research at the Historisches Museum Uri in Altdorf. Around 40 people followed his explanations.

Ötzi is much younger than the finds at Brunnifirn

The glaciers in the Alps are currently melting at a rapid pace. In the process, they are uncovering places that lay under the ice for centuries or even millennia. In 2013, a spotter came across crystal shards, deer antlers and wood fragments in a crystal crevice on the Brunnifirn at the very back of the Maderanertal valley. It quickly became clear: someone must have searched for crystals in this crevice before the glacier had covered everything. The antlers could have been used as a tool.

Walter Imhof, a speleologist from Muota valley, made a first dating of the antlers. His analysis showed that it is around 8000 years old and has probably survived for thousands of years in the ice, preserved in an airtight container. "Such an old find in the middle of the high mountains at over 2800 metres above sea level; that surprised us," said archaeologist Marcel Cornelissen on Monday evening. By comparison, the glacier mummy Ötzi is almost 3000 years younger.

Days of hard work at the microscope

A small research team examined the site in autumn 2017 on behalf of the Archaeological Service of the Canton of Graubünden. "We only had a single day," Cornelissen recalls. "But we quickly saw that we would find more here and that we should therefore analyse the site in more detail."

In late summer 2020, the Department of Monument Preservation and Archaeology of the Canton of Uri finally carried out a larger excavation. "Unfortunately, we did not come across any organic material or a possible fireplace," says Marcel Cornelissen. His team made three excavation cuts, packed about 1,000 kilograms of rubble material into bags and flew them down to the valley by helicopter. In the workshop, the material was sieved, leaving 37 boxes full of crystal shards. Marcel Cornelissen has now spent months diligently examining the splinters with a microscope - crystal splinter by crystal splinter. "But the effort has already paid off," says the glacial archaeologist. "The splinters tell us the story."

People were extremely mobile in the Mesolithic period

Project leader Marcel Cornelissen found a variety of tiny tools made from the rock crystals among the crystal shards: Drills, knives, scrapers or arrowheads. Most of them are barely larger than 2 centimetres. In addition, the research team found out that the Middle Stone Age radiators had visited the crevice during two phases: around 7000/8000 and around 5800 BC. However, we can only speculate about how people worked at the quarry site at that time, how they lived and how many of them there were.

But the fact is that rock crystals were important raw materials for making tools with sharp blades in the Mesolithic period. This is confirmed by other finds throughout the Alpine region. So the hunter-gatherers of the Mesolithic period must have roamed large parts of the Alpine region between 9500 and 5500 BC. In recent decades, archaeologists have also found traces at other locations in the Gotthard region that point to crystal processing during the Mesolithic period - for example in Hospental and in Airolo. "The crystal cleft at Brunnifirn was just one of many places where this mobile community stayed," says Cornelissen.

The project "Bergeis. Rays and Rock Crystal in the Stone Age" by the Institute "Cultures of the Alps" and the Department of Monument Preservation and Archaeology of the Canton of Uri, which is being carried out in cooperation with the Canton of Valais. Is to be completed soon. Those responsible for the project plan to make the findings of the research accessible to a wider public. From 16 December 2022, the Ursern Valley Museum in Andermatt will present a special exhibition on the subjects.