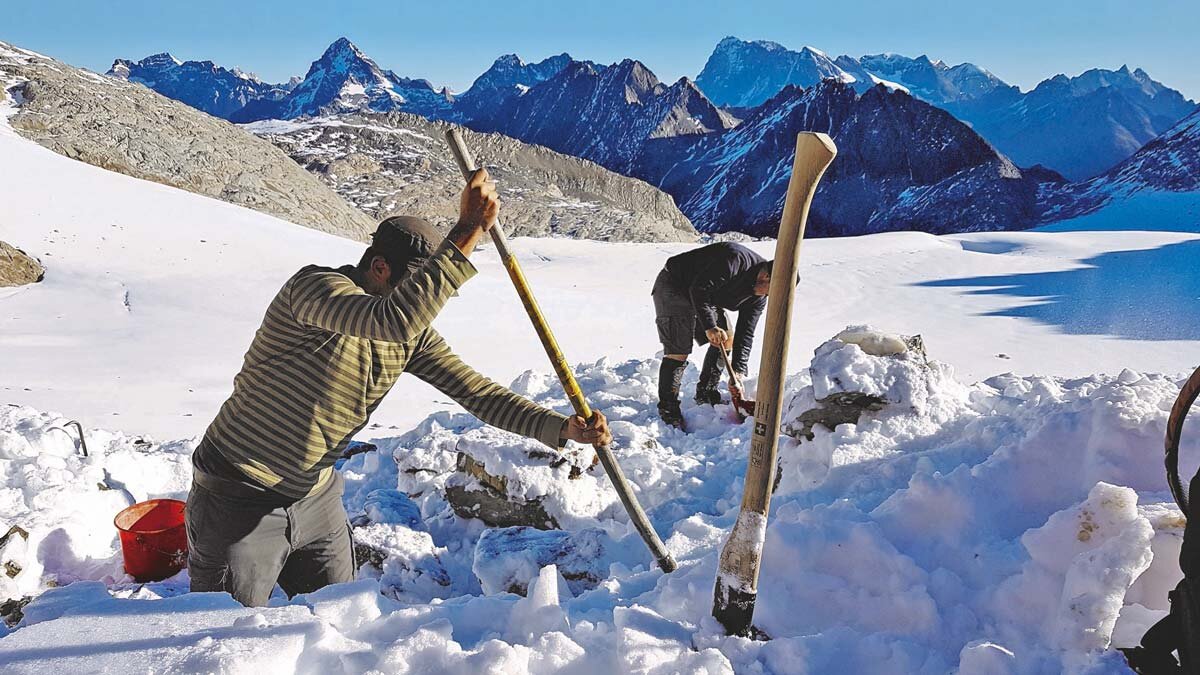 In 2013, a fissure appeared in Uri’s retreating Brunni Glacier in the vicinity of the lower Stremlücke/Fuorcla da Strem Sut, at an altitude of 2817m. The antler artefacts and wooden fragments discovered there are the oldest ice-preserved artefacts found in the Alps to date. The rock crystal tools and manufacturing waste discovered there prove that rock crystal was extracted and processed on a regular basis in the middle stone age, between 8000/7000 and 5800 BC.

Rock crystals dating back to the middle stone age are not a rare find in the Swiss Alps. But so far it has been impossible to date the mining sites with certainty. The findings at the archaeological site in the Brunni Glacier open a rare window into life in the Alps in that era, how rock crystal was sourced, processed and used, as well as the social value rock crystal enjoyed at the time.

This project involves not only the archaeological assessment of the Brunni findings but also findings at other sites in Uri and the Valais, as well as fieldwork and public outreach. It is producing new insights into the long history of alpine hunter-gatherer societies as well as the environmental history of the region and its glaciers. As such the project is of both scientific and social importance.

The project ist funded by: